cosmetic procedures that will boost your confidence

Having large breasts is something that many people envy, but in reality, it can be difficult to manage at times. If you're not thrilled with your large breasts and have considered the alternatives, here's a few good reasons and benefits to consider having them surgically reduced.

One of the most common problems that women with large breasts face is back pain. And it's not in your imagination — having several pounds protruding off the front of your upper chest can seriously hurt your back. Carrying this kind of weight can impact your posture, which increases the likelihood of you having back pain, too. While a good supportive bra can help to an extent, with some women, there's simply too much weight there to fully compensate for it.

Another problem that women with large breasts often face is premature sagging. While some sagging is a natural part of the aging process, the pure weight of large breasts can cause them to start sagging early on. In short, it causes the skin to stretch out and become less resilient, which can make them appear lower and looser. Again, this is something that can be combated with a good bra, but most women will experience sagging nonetheless. The bra is mostly there to help compensate for the appearance, not the actual occurrence of sagging.

Another good reason to consider having your breasts reduced is when you're losing weight or have already lost a lot of weight. Breasts tend to sag after losing weight, which can impact your appearance, but that's not all. You may also feel as though your breasts are simply too large for your physical frame after you've lost a significant amount of weight. Some women even find that they can no longer easily find bras to support themselves, as their band size has shrunk but their cup size has remained primarily the same. This can all impact your ego and how you feel when you go out in public.

Large breasts may seem like a gift to some, but in reality, they can cause a lot of problems. If you're tired of having breasts quite as large as yours, consider speaking with a surgeon about it. Whether you're looking for a minor or major reduction, your surgeon can support you and provide you with the results that you're looking for, resulting in a higher, perkier, and smaller pair of breasts.

To learn more, contact a cosmetic surgery center in your area about breast reduction. 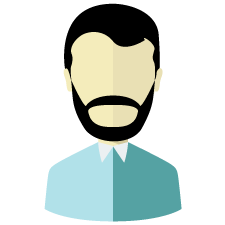 When you don't like what you see in the mirror each day, it can be hard to represent yourself as positively as you should. I know that I had a very hard time doing my job to the best of my ability because I was always concerned about what people were thinking about when they were looking at me. When you are that distracted by something that really shouldn't matter, your whole life can be a challenge. If you struggle with similar feelings, my blog could help. You will learn about cosmetic procedures that can be done to provide you with the confidence you need to live life to its fullest.